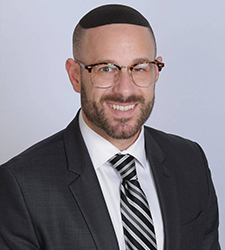 In 2020, Rabbi Crane was appointed to serve on the prestigious Committee on Jewish Law and Standards (CJLS), the governing body of 25 voting rabbis determining Jewish law and practice for the Conservative movement as a whole.

Rabbi Crane is the author of the teshuvah (responsum) “Adoption,” approved by a unanimous vote of the CJLS. This responsum explores the halakhic status of people who have been adopted, including the parental and filial obligations involved, and offers a Jewish ritual and accompanying documents to celebrate and mark adoption. In 2020, he co-authored the CJLS’ COVID-19 Guidance for Kol Nidrei with Rabbi Pamela Barmash, CJLS co-chair.

Rabbi Crane is a Rabbi Samuel T. Lachs Fellow with Clal-The National Jewish Center for Learning and Leadership, in partnership with the Herbert D. Katz Center for Advanced Judaic Studies at the University of Pennsylvania. He is one of ten rabbinic LEAP Fellows selected for the 2020/2021 academic year, working to leverage, expand, and popularize (LEAP) the most cutting-edge work coming out of academic Judaic studies.

Rabbi Crane sits on the Board of the Anti-Defamation League’s Midwest Region and the Rabbinic Advisory Committee of Yatom: The Jewish Foster and Adoption Network. He is the recipient of the NewCAJE Young Professional Fellowship, the PJ Library Grant from the Harold Grinspoon Foundation, and the Start Me Up! Fellowship and Grant from Phoenix’s Valley Beit Midrash.

Rabbi Crane earned a bachelor’s degree in psychology from American Jewish University in his hometown of Los Angeles, CA, and a master’s degree in rabbinic studies and Ordination from the Ziegler School of Rabbinic Studies.

He is blessed to have married his college sweetheart Rachel, and together they are the proud parents of two daughters, Isla (7) and Ellie (4). 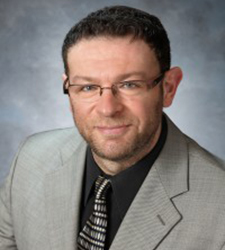 Cantor Pavel Roytman is a native of Nikolaev, Ukraine. At the age of seven, he was accepted as a piano student to a music school for gifted children. He continued his studies in piano and conducting at the Kaliningrad Music College (Russia) and later at Petrozavodsk State Conservatory.

In 1994, Cantor Roytman immigrated to the United States where he obtained his Bachelor of Music in Voice Performance from DePaul University and Master of Music in Musicology from Northwestern University. He also studied chazzanut with such well-known masters of cantorial art as Hazzan Shlomo Shuster, Hazzan Henry Rosenblum, Hazzan Cory Winter, and Hazzan Alberto Mizrahi.

From 2002-06, Cantor Roytman participated in a cantorial certification program. Upon his completion, he was ordained as a cantor by the American Conference of Cantors.

In 2004, Cantor Roytman received first prize in Voice/Cantorial Singing at the 2nd Annual Golden Hanukkiah Competition of Jewry Arts, sponsored by the World Congress of Russian Jewry, Berlin, Germany. In 2017, he was awarded a Certificate of Recognition by the Cantor’s Assembly at its annual convention.

Cantor Roytman’s creative work includes liturgical and secular compositions for voice and choir. In 2017, Cantor Roytman wrote and produced “The Singing Yid” — a musical show based on his life and experience in Russia and the U.S.

He is a member of the American Conference of Cantors, Chicago-Milwaukee Association of Synagogue Music and Cantor’s Assembly.

He resides in the Chicago area with his daughter, Shana. 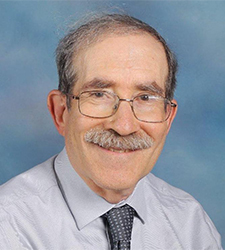 Born and raised in New York City, Allan Kensky received his early Jewish education at the Hebrew Institute of Long Island in Far Rockaway, New York. He earned a BA in political science from Queens College. In 1967, he entered the Jewish Theological Seminary (JTS), where he specialized in the study of rabbinic texts at JTS’ Herbert Lehman Institute of Talmudic Ethics. While at JTS, he also studied political science at New York University, which awarded him a master’s degree in 1971.

Upon his ordination in 1971, Rabbi Kensky assumed the pulpit of Beth Israel Congregation in Ann Arbor, Michigan. While serving as spiritual leader of Beth Israel for 17 years, Rabbi Kensky pursued doctoral studies in midrash at JTS; he was awarded a Ph.D. in 1990. His doctoral dissertation was a critical edition of the Midrash Tanhuma on the Book of Exodus.

In 1988, Rabbi Kensky moved to Philadelphia, and for three years served as scholar-in-residence at Har Zion Temple. About the same time, he began leading a seminar for JTS Rabbinical School students designed to impart strong professional skills to aid them in their spiritual development. He was associate dean of the Seminary’s Rabbinical School from 1991-99 before serving as JTS Dean from 1999-02.

Rabbi Kensky is the father of Meira and Eitan who is married to Jennifer Broxmeyer. The couple has a young son, Simon. His late wife, Dr. Tikva Frymer-Kensky, was professor of Hebrew Bible at the Divinity School of the University of Chicago, until her passing in August 2006. In July 2008, Rabbi Kensky married Dr. Adina Kleiman, a psychologist in private practice, who appreciates being part of the BHBE synagogue community.

Rabbi Kensky can be contacted via email.