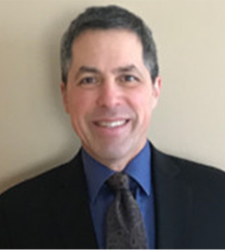 As a long-time teacher and administrator in Chicago-area public and Jewish day schools, Michael has been in awe of BHBE’s community. His background in business, along with his 27 years in education, including, most recently, 10 years in administration will be instrumental in supporting the opportunities that are here now and those that await us. Michael truly wants to be a part of all the great things BHBE stands for.

On a personal note, Michael has a strong history here. His wife grew up as a member of Beth Hillel and, as a teenager, Michael participated in the Beth Hillel USY group. In addition, Beth Hillel’s cantor officiated at his wedding almost 26 years ago. They have three wonderful children and happily live just a few miles away. 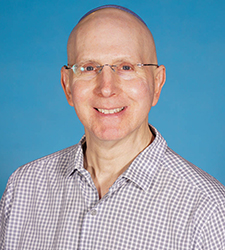 Aaron specializes in designing experiences and developing materials for Jewish youth and young adults. He is the author of a range of Hebrew textbooks and curricula in use at religious schools around the country, including the Kavanah Prayer Curriculum and the My Hebrew Phrase Book Series.

As a songwriter, singer and guitar player, Aaron has produced and performed both Jewish and secular music. Aaron has a Masters in Curriculum Development from DePaul University. He and his partner Jenny live in Chicago’s Sauganash neighborhood. 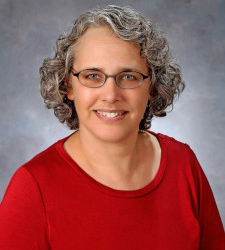 Marcie joined the synagogue staff as its librarian in 1999. She holds an undergraduate degree in government from Cornell University and a Master’s in Library and Information Science from Dominican University, River Forest, IL.

A member of the Association of Jewish Libraries, Marcie has served in several leadership roles, including Chicago Chapter president. She enjoys sharing her knowledge of Jewish books and resources with Beth Hillel Bnai Emunah congregants, students, faculty and professional staff. Marcie and her husband, Rick reside in Evanston, IL. 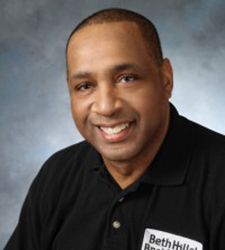 Percy was born and raised in Evanston, IL. He is married and has two children and three grandchildren. He previously worked as maintenance director for Bnai Emunah in Skokie for 20 years. Beth Hillel Bnai Emunah was very fortunate to have Percy accept a position following the consolidation of the two North Shore synagogues in June 2004.

Percy loves his work and always has a smile. He is extremely patient and knowledgeable about synagogue building and grounds issues. Percy enjoys playing the drums, spending time with his family, and getting a good night’s sleep when he is not working at BHBE.